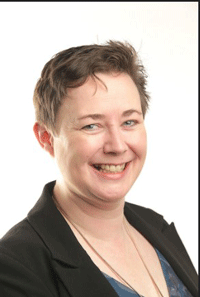 FSB member Crowberry Consulting has been appointed to work with Arup to ensure the G7 event in Cornwall in June achieves the international standard – ISO 20121 for event sustainability.

Cornwall is hosting the next G7 Summit in Carbis Bay between June 11-13. Ahead of the Summit, the UK Government has confirmed that it will be certified  with BSI - the national standards body of the UK - ISO 20121 certification for event sustainability.

As such, the summit is set to be carbon neutral, with local produce in catering, recycled materials, sustainable energy sources and cleaner fuels are used to help run the event. The summit will be plastics-free where possible.

Alok Sharma, COP26 President-Designate, said: “In the fight against climate change, it is vital that we lead by example – which is why the G7 Summit is going to be a carbon-neutral event.

“Our global projects such as hydropower in Laos will help to off-set emissions generated by the gathering of world leaders and every coffee cup, pen and notepad used at the Summit will be recyclable or made entirely from recycled materials. Our carbon neutral, sustainable G7 Summit is an opportunity to show the world the UK is serious about uniting global leaders to deliver genuine climate action.”

The Government has appointed Arup and Crowberry Consulting to help achieve ISO 20121 certification and deliver a carbon-neutral event. Additionally, the Government is funding four carbon offsetting projects in developing countries, including an improved cookstoves project in Uganda, a composting facility in Vietnam and biogas reuse in Thailand.

Becky Toal Managing Director of Crowberry Consulting said “It has been an honour to work with the government team and ARUP to ensure that the sustainable event management system was implemented prior to the summit taking place. A lot of hard work has gone on in the background to ensure stakeholders have been consulted and the venues and production company in the event supply chain were on board with the ISO 20121 standard. After the Summit closes, we will continue to work with ARUP on event sustainability systems, including for the COP26 in Glasgow later this year.”

So far in 2021, G7 meetings have been virtual and focused on efforts to mobilise climate action in the build up to COP26.

Chancellor Rishi Sunak met with G7 finance ministers and central bank governors in April to discuss the role of finance in supporting the net-zero transition and implored developed nations to raise efforts to generate $100bn in annual revenue to support developing nations combat the climate crisis.

The meeting was also used to discuss the importance of developed nations in meeting a commitment to mobilise $100bn in annual funds to support developing nations mitigate the impacts of the climate crisis while integrating low-carbon technologies and markets.

Under the UNFCCC developed nations committed to financing $100bn annually by 2020, however, developed nations have failed to fulfil this commitment, with as little as $70bn provided in recent years. Some of the finance has also been issued in the form of repayable loans, rather than grants, meaning developing nations will have to pay back at some point.

In May, leaders from the UK, the US, Japan, Canada, Germany, France and Italy met virtually to agree on a joint commitment to ensure their power sectors reach net-zero in the 2030s, setting up for the economy-wide transition by 2050.

The G7 Summit will continue to focus on the net-zero transition, with the UK Government eager to encourage other nations to set their own net-zero targets ahead of COP26.