Net Zero is coming: Why you need to get prepared 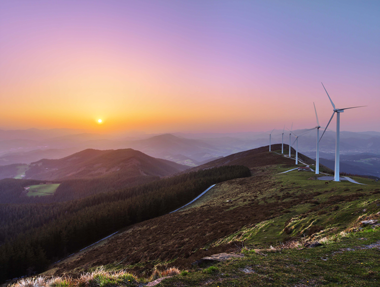 COP26 President-Designate, Alok Sharma, has called on businesses around the world to take action to address climate change.

Since the UK took on the G7 Presidency in January 2021 there has been a 47% increase in major companies signing up to the United Nations’ Race to Zero campaign under the robust science-based Business Ambition for 1.5C initiative. These businesses now cover more than $13tn in market capital, and employ more than 19 million staff worldwide.

As well as recruiting the UK’s biggest companies to join the Race to Zero, the Government has also launched a new campaign to encourage small businesses across the country to join the fight against climate change and go greener. FSB National Vice Chair for Policy and Advocacy Martin McTague sits on this taskforce and we will be working to support as many small business as possible to take up this challenge.

Getting greener will look different for every business, but there’s steps you can take whether you are starting our or further along the road to zero emissions, here are some ideas to get you started:

• Switch to LED Bulbs
• Adjust heating and cooling system timings, temperatures and rooms
• Install a smart meter
• Introduce a cycle to work scheme
• Talk to your supply chain
• Insulate your buildings
• Electrify your work vehicles and or install charging points
• Install your own renewable electricity or heating.

With six months to go before the UK brings world leaders together for the crucial UN climate change summit, COP26, Mr Sharma urged businesses to commit to help halve global emissions by 2030. He said: "In the fight against climate change, it is vital that we have the ingenuity, influence and energy of the private sector on our side.

"Analysis suggests that, together, 215 of the world’s biggest companies have almost $1 trillion at risk from climate impacts. Yet, those same companies have the potential to gain double that amount from the move to green economies.

"Joining Race to Zero is a clear statement that you can see the possibilities our green future presents. And that you are determined to take them. And it tells your customers that you are serious about genuine climate action.

"Take the opportunities presented by the low carbon economy. And play your part in this momentous year for climate action, the year of COP26, in making the goals of the Paris Agreement a reality."

More on Sustainability in Business

What is carbon neutrality and PAS 2060?

How adopting standards can help your business compete

Small businesses are urged to support the race to zero

FSB calls for ‘just transition’ to net-zero by 2050