Four female entrepreneurs on juggling responsibilities during the pandemic

Up and down the country, female entrepreneurs have had to adapt in the face of the challenges posed by Covid-19. Jo Faragher speaks to four inspirational FSB members who have been able to thrive during a traumatic period.

The pandemic’s disproportionate impact on women has been well documented. Women were the majority in industries with the highest job losses, such as retail and hospitality; more women than men have been furloughed in the UK; and women’s family or caring commitments had an impact on their ability to work, with 48 per cent worried about negative treatment from their employer due to childcare responsibilities, according to a TUC survey. A February 2021 report from the House of Commons Women and Equalities Committee concluded that “existing gendered inequalities in the economy have been ignored and sometimes exacerbated by the pandemic policy response”.

Female small business leaders themselves faced a host of challenges from the onset of the pandemic, from tough decisions about furlough or flexible working to juggling their own personal commitments with concerns about staff wellbeing and productivity.

“Females often carry a lot of household stuff, on top of having to cope with the pandemic and the uncertainty of income,” explains Stella Smith, founder of wellbeing and benefits platform pirkx, which secured £1 million in seed funding in 2020 in spite of Covid-19 challenges. Her product supports self-employed and gig-economy workers, many of whom are women. “I’m a mum as well as a co-founder and my daughter was just two when the pandemic started, but I tried to take the positives as it meant I had more time with her as I was at home,” she says.

But women are arguably uniquely positioned to help the economy out of the crisis. “Women have a positive role: their empathy, emotional intelligence, willingness not to judge and to accept where things are at and move forward positively are all assets,” adds Ms Smith. “They have made an enormous effort to be present on the map of success when it comes to entrepreneurship in the last century. The impact is significant.”

First Voice talked to four women small business owners about their experience of the pandemic and where they see their role as we emerge from it. 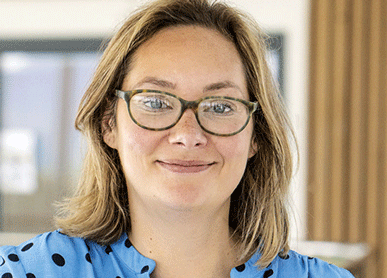 As the events industry ground to a halt in 2020, visual communications company Animated Technologies identified a business opportunity. “We wanted to create a better networking system that was reflective of those chats over coffee you might get at a face-to-face event,” explains Director Anna Burke (pictured).

The Anglesey-based company applied for an Innovate UK grant from the Government and was awarded £430,000 to build a virtual events platform in conjunction with another technology partner, Bangor University and Menai Science Park.

The company’s core business is producing animations for engineering and technical clients to showcase products. Customers are looking for sophisticated and interactive ways to visualise what they do, with augmented and virtual reality often part of the brief.

Ms Burke set up the company with her husband, and having young children means the couple has often had to ‘tag team’ work and childcare over the past 18 months. “We’re lucky because we run the company,” she says. “It means we can be flexible with our staff, so if you want to go away for the weekend and work from a different location on Monday, that’s fine.”

She believes female-led businesses can make a difference as the economy starts growing. “There’s a real need for better communication of products – the technical and engineering industries don’t always present the best  images. We can make it more creative and engaging,” she says. That doesn’t mean it’s easy: “It can be difficult to find your place and where you sit. You’re trying to be a leader, a mum, a cook – it can be overwhelming.”

Pipster Solutions: From going solo to a team 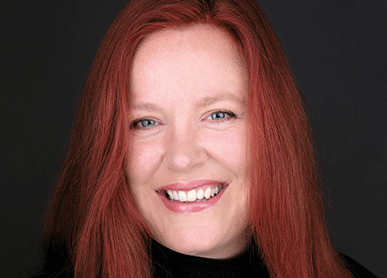 Pippa Birch (pictured) always swore that she would remain a sole trader and never take on staff. Over the course of the pandemic, however, her bid-writing skills were in high demand as clients in her key sectors of highways and civil engineering pitched for post-Covid-19 business. “I was working seven-day weeks and it was starting to affect my health,” she says. She took the decision to take on one more employee, but now has a team of six.

Her team comprises women at different stages of life. “We have core hours but otherwise we work flexibly and we’ve settled into our own rhythm,” she adds. “One works 7am to 3pm as she has young children; another takes time out to walk her dog; another starts and finishes later.” Ms Birch has appointed a bid co-ordinator so she can ensure clients get the best service. The Government’s ‘Build Back Better’ agenda means public procurement will boom over the coming months, so having a broad range of operational and bid-writing expertise means the company can respond to demand.

While she never intended to have an all-woman team, she is determined to ensure her business is a family-friendly employer. “I always knew that if I did get staff I would not make them feel guilty for taking an emergency afternoon off and making the time up elsewhere. We all know that the business needs to meet its goals, that we need to gel as a team, but also look after ourselves as individuals,” she adds.

Remote working means Pipster Solutions can recruit the best people regardless of location. The team has one in-person meeting per month, along with twice-weekly video catch-ups and regular one-to-ones. “It’s been lovely to have a team to talk to as I’ve been on my own for so long,” Ms Birch concludes. 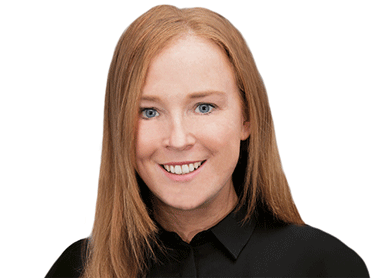 The pandemic has pushed our connectivity expectations sky-high. With more people working from home, video calls are part of the routine and many organisations have transferred phone systems to work remotely. East Kilbride-based Commwire provides the cabling backbone that helps these systems work.

“Cloud telephony is vital for remote working so workers have a seamless transition – the app they see on their phone is the same as if they were at their desk,” explains Director Lynnette Thomson.

Commwire’s clients range from a care home that realised video-calling would be important, to cabling for retail till systems and student accommodation.

Ms Thomson juggled home-schooling with her business responsibilities. Her focus is business development and networking, which lockdowns prevented. “I felt this quite personally,” she says.

“The customer wins that make you feel good about yourself weren’t there, so while we were checking in on our own staff to ensure their mental health was okay, no one was checking in on us.”

There were periods when restrictions meant some staff were furloughed, but with support from FSB, Commwire accessed Government grants and a Bounce Back Loan. Grants also enabled the business to take on two apprentices, and it will soon take on a third through the Government Kickstart scheme. “Connectivity is people’s lifeline,” she says. “We have growth plans but want them to be sustainable.” 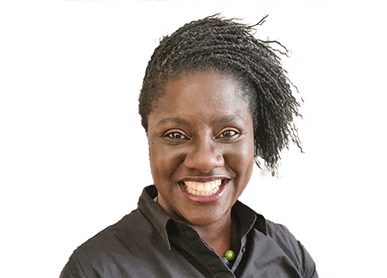 The past 18 months have been busy and challenging for Grace Graham (pictured), founder of Keep It Simple Training. The Black Lives Matter movement meant that organisations were demanding her anti-racism training more than ever, but she was also dealing with personal challenges.

Her son was in the middle of his GCSEs, so she needed to support him, and she lost three family members during the pandemic.

“I was working silly hours but also had days when I couldn’t face going near a computer. The fact we couldn’t go out at the beginning made things hard, but I accessed FSB Care, which was a great help,” she explains.

Before the pandemic, most training was delivered in person; transforming this into a mix of Zoom sessions and online learning was tough. However, running her own business meant she could blend her family’s needs with her mix of consultancy and teaching. “It’s a good thing as a business owner that I’ve been able to be flexible,” she adds.

The past year has seen a surge in clients wanting support to create and implement anti-racism policies, and she is considering building up a team of associates to deliver on this demand.

“Lots of organisations have policies in place but don’t know how to implement them, or whether they will change anything,” she says. “It’s good that people are talking more about racism because we’re all impacted by it.”

Bouncing back from business disaster

Need To Know: Your Business Updates for December 2021

How to embrace change in your business

FSB calls for more support for SMEs in the construction industry

What is NLP and how can it help you and your business?