How the UK’s seasonal small firms are bouncing back 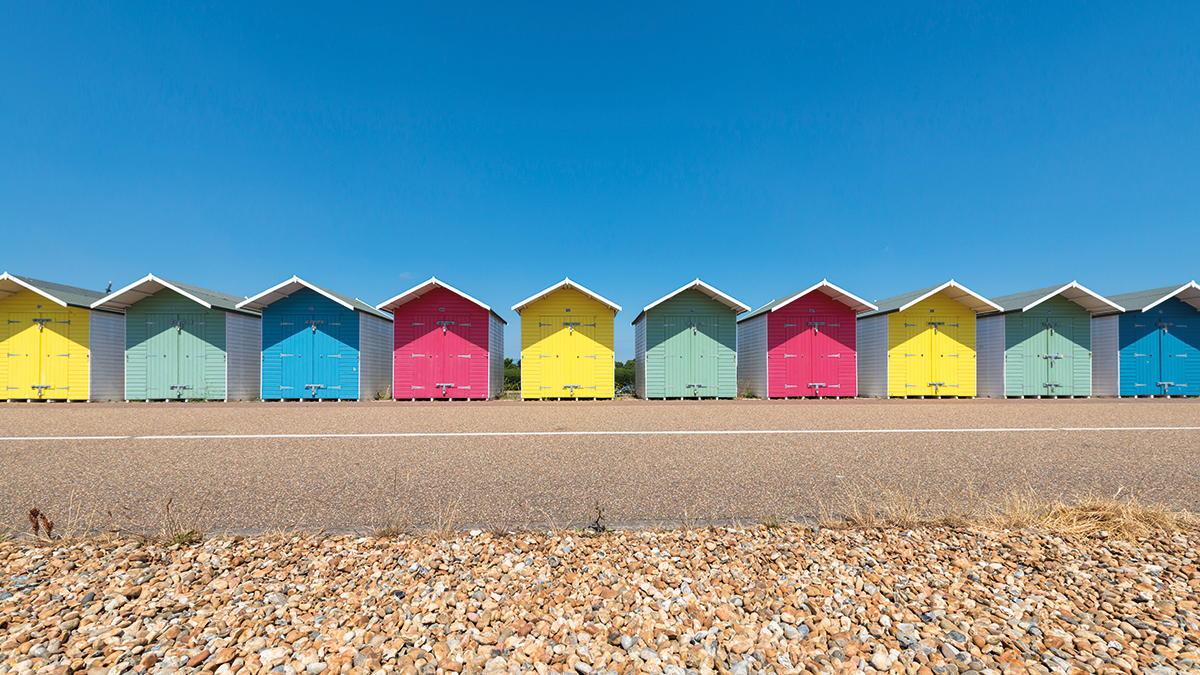 Seasonal businesses across the UK have been gearing up for their first full season without Covid-19 restrictions in two years. With large numbers of people expected to staycation in the UK this year, some have invested in upgrading their premises, while others have been rebuilding a staff base decimated by Brexit and the pandemic.

In adapting to this new normal, many have made wholesale changes, while others have tweaked tried and trusted formulas. They have also had to embrace the rise of digital as more people have moved online, with many taking the time during lockdown to build and improve their websites and social media output.

At the same time, businesses are having to contend with a host of challenges. Most notable are the cost of living and energy crises, which are severely restricting consumer spending and increasing their electricity and heating bills.

The decline of the local high street has added to the hospitality and tourism sector’s woes, with 63 per cent of respondents surveyed telling FSB they are concerned about the problem. In response, FSB is calling on the Government to establish hospitality enterprise zones in England to take over vacant spaces.

Another problem is rising debt, with the percentage of businesses that have such obligations climbing to 77 per cent from 59 per cent since the pandemic started. In addition, 67 per cent of small hospitality firms that receive small business rates relief or the small business bonus said they couldn’t survive without it. FSB has subsequently requested that the Pay As You Grow initiative is made available to all businesses with Bounce Back Loan Scheme debt and for an extension of the Covid-19 loan support to those with pre-existing debt, as well as further cuts to business rates.

Added to all this, seasonal businesses are having to tackle the perennial challenges of maintaining cash flow all year round and expense control. They also have to wrestle with the issues of staff recruitment and inventory management, as well as dealing with customer bookings and enquiries, and marketing during the off-season.

Despite these challenges, opportunities abound for businesses to rebuild and come back stronger, as can be seen in  the small firms profiled below.

When Stubcroft Farm Campsite in East Wittering, West Sussex, was forced to shut due to the pandemic, Managing Director Simon Green decided to make the most of the quiet period to carry out upgrades and essential maintenance and repairs to facilities. Left with a group of seasonal staff who didn’t qualify for furlough, he had to find jobs for them.

“We had to think outside the box using the resources we had,” says Mr Green, who started the venture 30 years ago to diversify from his beef and pig farming business, badly hit by the BSE and foot-and-mouth crises. “We got them doing all sorts, from mowing and hedge-trimming to working on the hard-standings.”

In preparation for the new season, Mr Green has built a core team of six to eight seasonal workers. He has also ramped up press and PR efforts in newspapers and magazines, advertised on key tourism websites, and posted regularly on the farm’s website, Facebook page and Instagram profile.

The biggest challenge is the rising cost of electricity. When Mr Green set his prices for the 2022 season, he could only base them on costs at that time, but they have rocketed in the past few months due to increasing wholesale energy prices. “Back in the winter, we didn’t know what energy prices were going to be in July and August,” says Mr Green. “The problem has been exacerbated because more people are buying camper vans and caravans with electric hook-ups.”

Peter Cooke, who owns Salamander Voyages, a private gulet charter business with his wife Jenny, is targeting a wider market this season. Despite not being able to operate during 2021 because Turkey, where his boat is based, was on the red list of countries people weren’t allowed to travel to, he’s looking to capitalise on pent-up demand resulting from the pandemic.

“We have two main aspirations,” says Mr Cooke. “To make ourselves known to a wider customer base in English-speaking countries and to offer greater choice of boat size to different-sized groups.”

What started as a hobby when the Cookes bought the boat in 2003 soon turned into a full-blown business, which became a limited company in 2020. They also sub-charter boats in Montenegro, and plan to start an operation in Croatia, too. However, the pandemic hit barely a month after the company was started, and while they were able to operate for half a season in 2020, they didn’t have a single customer in 2021.

In the meantime, with the expectation that Turkey would be removed from the red list, they had to have a full crew on standby and ready to go at a moment’s notice. This was compounded by the fact that they were ineligible for Government grants because they operate from their home near Ballyclare, Northern Ireland, so don’t pay business rates.

However, they were able to access Bounce Back and business recovery loans, which kept them afloat. “Last year was devastating for us,” says Mr Cooke. “That’s why the 2022 season is so important for us.”

Those customers whose holidays had to be cancelled in 2020 and 2021 have had their bookings moved to this year at the same rate, with the business currently running at 80 per cent capacity. However, bookings have tailed off since the Ukraine conflict began. This has been compensated for to some extent by an increased demand during the school holidays and from multi-generational families.

“Nothing sells a boat tour better than a dolphin jumping out of the water,” says Jonathan Evans, who co-owns New Quay Boat Trips in New Quay, Wales, with his father Winston. “When the sun’s shining everyone wants  to come out on the water and see them.”

That’s why Mr Evans has used social media to promote his business, which started as a family venture with one fishing boat in the 1950s and has expanded to a fleet of four. It’s already on Facebook, Instagram, TikTok and Twitter, and has started advertising on Google, getting 40,000 views in the first month alone.

Mr Evans has also invested in a new catamaran to meet the growing demand for boat-charters. The business benefited from a staycation surge last year and from more people buying second homes in the area, whom he hopes will return this season.

His biggest challenge is retaining staff; the season only runs from the start of April to the end of October, so they often go off and pursue other careers.

“They will often start by handing out leaflets in the street and progress all the way up to skipper,” says Mr Evans. “But because we can only offer them work during the season, many will be forced to look elsewhere as they have to keep the money coming in somehow.”

Guy Adams, owner of the 40-bedroom Isle of Barra Beach Hotel in the Outer Hebrides, is hoping to turn a negative into a positive. Since Brexit, he has been unable to recruit seasonal staff from Europe to run the business, having to close his restaurant as a result. However, this has enabled Mr Adams to lower his prices from £225 per night for two people to £170, in a bid to attract more guests.

“Because we now don’t need to have the chefs, waiters and washer-uppers, we’ve been able to pass on a price reduction to our guests,” says Mr Adams, who runs the business with his wife Teresa Jenkins and two of his daughters. “So far, it seems to be paying dividends, as we have 241 bookings and deposits totalling £100,000.”

Mr Adams reinvests all the money he makes back into the business. He spends about £40,000 per year on upgrades and maintenance, but his biggest expense is staff, who come from England, Scotland and as far afield as Australia and New Zealand.

“Because they only have a five-month contract, in order to retain them for the next season and attract the best possible workers, we have always rewarded them by paying above the standard rate,” says Mr Adams. “As an added incentive, everyone who stays the full season also receives a bonus.”

The remote location brings a unique set of challenges, the biggest being supply of goods such as drinks for the bar, with only one supplier and a two-week lead time. Then there is the ferry.

“We are dependent on the ferry services,” says Mr Adams. “But unfortunately they are very old and break down regularly, and the service is bad.”

Fears of recession as UK economy as contracts