How small business can help in the fight against climate change 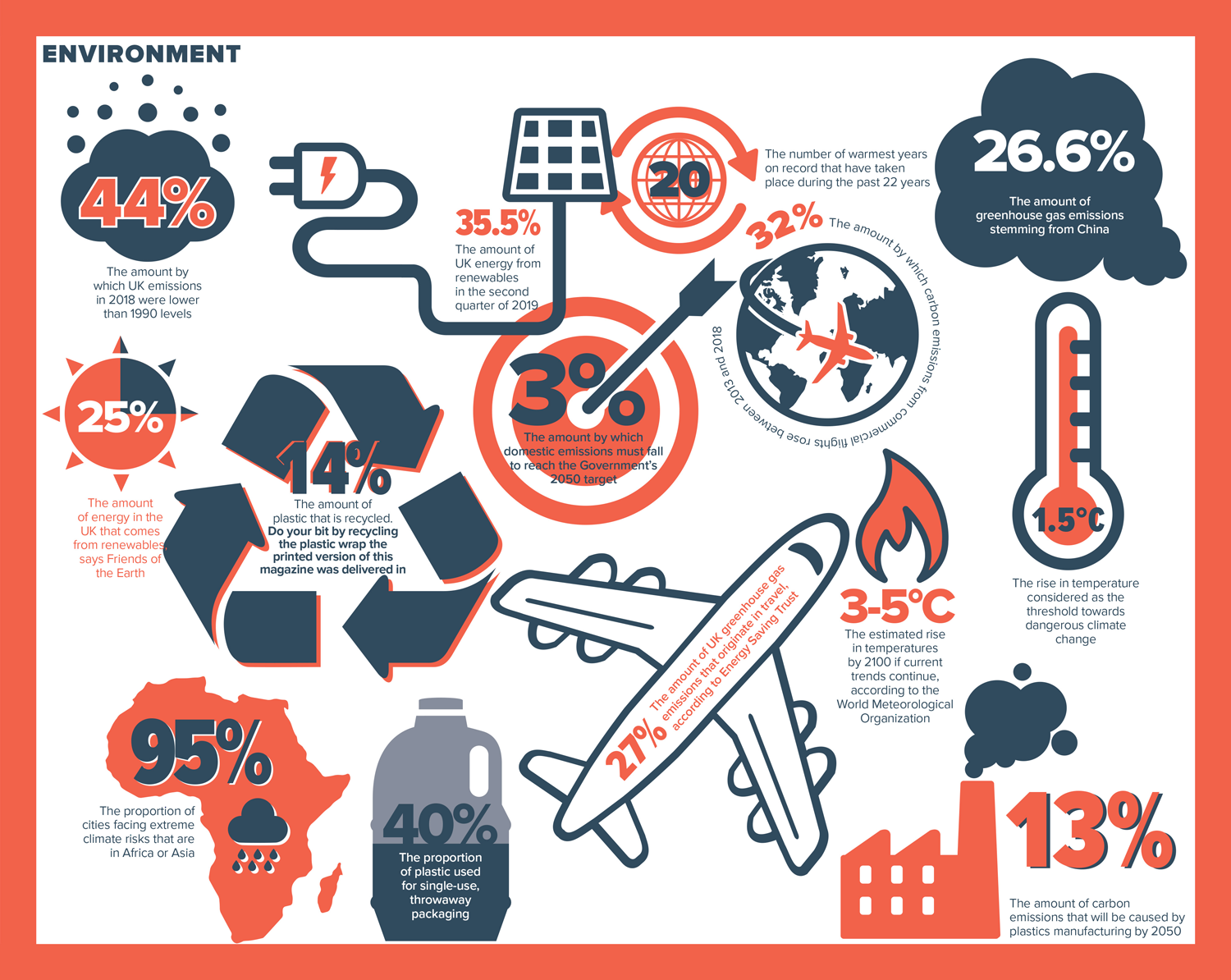 It is no exaggeration to state that protecting the environment and limiting damage to it is likely to be one of the defining issues of the 21st century.

The issue has received considerable scrutiny over the years, most recently from Sir David Attenborough, Greta Thunberg and the activities of Extinction Rebellion.

The UK Government has been at the forefront of initiatives to reduce carbon emissions and the consequences of global warming and rising sea levels. Last year it announced plans to reduce its emissions levels by 100 per cent – rather than the previously agreed 80 per cent – on 1990 figures by 2050, in one of the final acts of Theresa May’s tenure as Prime Minister.

Scotland, meanwhile, has pledged to do this by 2045, and the Welsh Government has also committed to 2050, despite the Committee on Climate Change recommending a target of 95 per cent due to the region’s high level of agriculture. Only Northern Ireland does not currently have its own climate change legislation and emission targets.

In early 2018, the Government published its 25-year plan for the environment, setting out the long-term direction of travel across a range of policy areas,
such as air and water pollution, plastic waste, biodiversity and recycling. In October last year, the Environment Bill was published; once passed into law, it will place these long-term plans – and their enforcement – on a statutory footing.

The Environment Bill also requires the Secretary of State to introduce legally binding targets for environmental improvement – something that could have major implications for small firms. Suggested measures within the bill include introducing a deposit return scheme for drinks containers. First Voice is committed to sustainability by using recycled paper and mailing the magazine out in a 100 per cent recyclable wrapping.

“Setting long-term targets to address serious issues like air pollution and plastic waste is a positive move as it will allow businesses to plan ahead and adapt,” says Mike Cherry, National Chairman at FSB.“But not all businesses will find it easy to make changes quickly, and many will require additional support. In deciding how these targets are set, it’s important that the activities of small firms are understood.

“Many small firms want to do more for the environment, but often they don’t know what the right thing is or how to demonstrate to customers they are doing it. And while many are already doing their bit to meet the challenges of creating the low-carbon and sustainable economy of the future, others will need time and support to play their part.

“The Government has shown a willingness to work with small businesses,” says Mr Cherry. “FSB has been working closely with Defra, industry groups and environmental NGOs to develop an Environment Bill that ensures businesses can continue to play their part in the UK’s transition to a more sustainable economy.”

For now, it’s a case of small firms taking small steps to do what they can to tackle their own emissions. An obvious place to start is reducing energy usage through simple measures such as installing lower-energy lighting and turning off lights and heating when buildings are not in use. For some, investing in renewable energy sources such as solar panels or wind turbines may also make sense.

Travel is another area in which it’s possible to have an impact. Videoconferencing is now a realistic alternative to business trips that also saves small businesses costs, while electric vehicles may be an option for some. Encouraging staff to car-share is another quick win.

Now is also an opportune time to think about product packaging – moving away from plastics and towards items that can be recycled, and making sure office staff actively engage in such initiatives.

More on Sustainability in Business

FSB calls for ‘just transition’ to net-zero by 2050

Can data really help you drive customer and community love?