Fuel for thought: Renewable energy more available than ever, but what is right for your business? 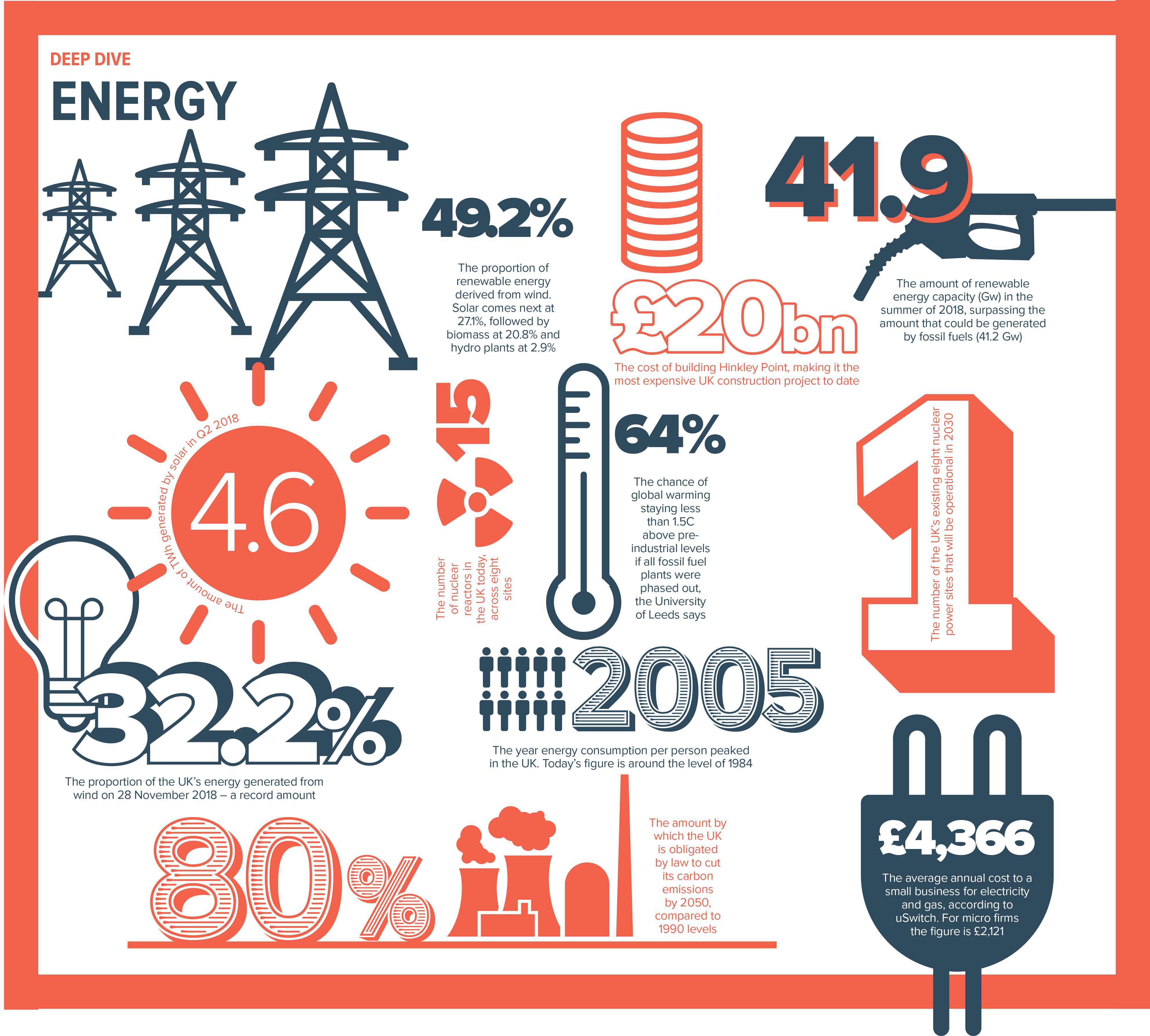 Energy bills will be a significant cost for many small firms, particularly those involved in machine-intensive manufacturing or with offices to run. While lower energy devices such as LEDs and more efficient electrical appliances are having an impact on the amount of energy used by businesses, energy bills have also risen steadily during the past 15 years.

As in the domestic market, many business owners struggle to devote the time to researching the most appropriate tariff, and are likely to be paying over the odds as a result. It’s an issue FSB looked at in its Open Energy: Using data to create a smarter, cheaper and fairer energy market report, produced by Fingleton Associates, published in September 2018.


The report called for an “open banking” approach to the energy market, where data – around tariffs and usage, drawn from smart meters – could be used to help provide automated comparisons of energy tariff offerings.

It proposed allowing energy customers to delegate contract switching powers to third-party intermediaries, with the aim of making it easier and appealing to switch providers, and allowing business customers to prioritise issues such as energy drawn from renewable sources.

“Small businesses are often the worst hit by an energy market that simply doesn’t work for them,” says Allen Creedy, Chair of FSB’s Energy Policy Unit. “Too often we hear stories of smaller firms being overcharged or being stuck on the most expensive tariffs.

“This is why we need an open and transparent energy market that allows smaller businesses to take control of their data and use it – via an intermediary if they choose – to find the best energy deal, switch providers, take advantage of smart technology, manage when and how they use their energy, and even how it is generated.”

The way in which energy is generated is becoming increasingly important not just to businesses, but also to their customers and the public. Encouragingly, renewable sources of energy such as wind, solar or wave power account for more than 30 per cent of the UK’s total production, and in summer 2018 the renewable sector boasted more capacity than traditional fossil fuels (coal, gas and oil-fired power plants) for the first time.


Nuclear power still accounts for around 21 per cent of the UK’s energy needs, but the industry has been hit by Hitachi’s decision in January to suspend work on a £13 billion plant at Wylfa Newydd in Anglesey, north Wales, and another at Oldbury in Gloucestershire, as well as Toshiba abandoning plans to build a nuclear power station at Moorside in Cumbria. While six sites are currently identified as locations for new nuclear power stations, only one – at Hinkley Point in Somerset – is currently under construction.

Although there are concerns over renewables’ reliability, their falling price – wind power has dropped from £140 per megawatt hour to £57.50, whereas the cost of generating nuclear energy at Hinkley Point is £92.50 per megawatt hour – means we are likely to see a greater push towards greener sources of energy in future, as the UK strives to hit carbon emissions reduction targets.

Opinion: Small businesses will have to think about energy efficiency

Opinion: Sustainable business and giving back

The benefits of running your business in a responsible way