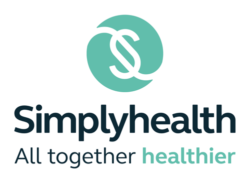 Absenteeism is at its lowest level since records began. In 2020, our workplace wellbeing research with the CIPD revealed the lowest ever sickness absence rate in 20 years, down to just 5.8 days per employee, per year, which equates to almost 3% of working time. That’s a significant decrease from an average of 7.4 days a decade earlier.

A cause for celebration, you might think. At face value, it could simply mean employees are healthier and need to take less time off work due to ill health. But could this low level of absenteeism actually be hiding some important red flags?

When we delve deeper into the state of health of the UK workforce, we can see that despite a fall in absenteeism, two worrying and unhealthy practices are steadily increasing. These are the phenomena known as presenteeism and leavism.

Presenteeism, i.e. when people come into work unwell, occurred in 89% of organisations and more than a quarter of these reported an increase over the previous 12 months. Leavism, is when people use their allocated time off to work, or if they are unwell, or work out of hours. In 2020, this increased too, with nearly three-quarters of businesses seeing some form of leavism in their organisation.

It’s likely we’ll see further rises in these trends due to the added pressure of the COVID-19 pandemic. With so many people working from home, the ‘always on’ culture is exacerbated and the lines between home and work are increasingly blurred, so leavism could become more prevalent. It’s also harder for managers to spot an unwell employee in the homeworking environment, potentially leading to more people working when they’re ill.

The reason these practices should be seen as warning signs is that they could be highlighting some serious underlying cultural issues. As a small business, it’s likely that you and your employees have your fingers in many pies.

Be honest. How often do you check emails on holiday or log on at weekends or during the evening? Or even come to work when perhaps you shouldn’t for health reasons? These are all examples of very common unhealthy practices that significantly negatively impact health and wellbeing.

Heavy workloads are the main cause of stress at work. This, and an input-driven culture, can lead to extra pressure on employees, meaning they have to work ‘out of hours’ to keep up. Another driver is role-modelling by some leaders who make it acceptable for their teams to come into work unwell, to work after hours, or while on holiday – because they do it themselves.

The problem is that with either presenteeism or leavism, staff won’t get the break from work they need. Not to mention the effects on performance caused by unwell employees working – they’ll take longer to get better, and there’s a risk of passing on illness to others, if they come into work.

Only around a third of companies are taking steps to tackle these issues. Some of the most common ways to discourage presenteeism and leavism include better guidance for all employees and training for line managers to spot warning signs. It’s critical for all employers to look beyond absenteeism to truly understand what drives employee behaviour, and take action to deter these unhealthy practices.

Download the CIPD/Simplyhealth Health and Well-being at Work 2020 report to discover more about how companies are tackling presenteeism and leavism.

How to spot the signs of burnout

Breaking down barriers for disabled entrepreneurs

The long lasting physical and mental health effects of Covid-19

How to overcome imposter syndrome