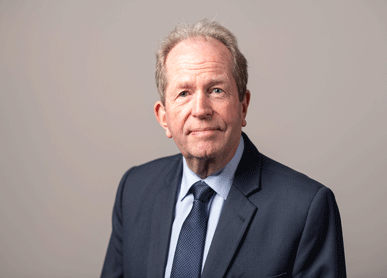 The cost of materials used by UK manufacturers and producers are rising at the fastest pace on record indicating firms may be pushed to keep passing on costs to consumers, official figures published by the Office for National Statistics have revealed.

The cost of input requirements such as fuels have increased by 18.6 per cent since last year, the highest rate since records began in the 1980s.

Rises in prices charged by producers for their final products is not as high as input price inflation, meaning manufacturers face either swallowing thinner margins or hiking prices to protect profits.

Output prices – what producers charge customers at the factory gate – increased 14 per cent over the last year, also the quickest acceleration since 2008, the Office for National Statistics (ONS) said. The Consumer Price Index has increased by nine per cent.

Federation of Small Businesses (FSB) National Chair Martin McTague (pictured above) said: “The gulf between the rate of input and consumer price growth underscores the efforts of businesses to absorb costs rather than pass them on.

“Small firms in particular find it hard to pass higher operating costs onto customers, fearing that doing so will hamper competitiveness.

“More and more are being left with no choice, however, as inflationary pressure collides with an increasingly tight labour market, making it harder and harder to find the right people, and pushing up the wages needed to keep them.

“The Government must now look at targeted interventions that will do most for local economies hardest hit by the pandemic which are now faced with low growth and surging inflation.

“It can’t control the wholesale price of oil and gas, but it can go further to help small firms with property costs – increasing the ceiling for small business rates relief and extending the energy support issued via the council tax system to the rates system.

“With employment costs, including national insurance, now way up on where they were this time last year, installing a sick pay rebate for the smallest businesses would give them a measure of breathing space.

“Our debilitating poor payment culture worsened over the pandemic. Here we have an area where government can take action – by making audit committees directly responsible for supply chain practice – without it costing a penny.

“More widely, with so many firms lost over lockdowns, we need policymakers to come forward with the Enterprise Strategy that we were promised a long time back – clearly outlining how, now we’ve lost the New Enterprise Allowance, government intends to spur those thinking about starting up to turn vision into reality, thereby shoring up our already foundering recovery.”

Fears of recession as UK economy as contracts