Bacteria and Viruses – What’s the difference? 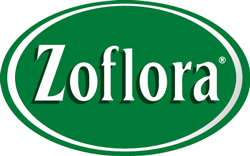 Sarah Fozzard, Head of Home Hygiene for Zoflora (Instagram sensation, Mrs Hinch’s favourite cleaning brand), talks about the difference between bacteria and viruses and how you can protect your office and co-workers from them.

What is a Virus? Viruses, also known as the hidden enemy, are microscopic particles, much smaller than bacteria, which can cause a number of common illnesses such as flu, chickenpox and the common cold.

Is there such a thing as a good virus? Unlike bacteria, you don't really get 'good viruses' - they all behave pretty nastily, taking over host cells inside a plant, animal or human in order to grow and divide.

Once viruses have carried out this 'hijacking' they can reproduce to create more viral particles which can then spread to other cells.

Is there a cure for viruses? In general, there is no cure for most common viruses, but vaccinations such as the flu jab contain a weakened form of the virus which will stimulate the body to produce antibodies. This will fight off that particular virus in the event of future exposure, and can help prevent them spreading. When the body's immune system detects a virus, it will usually trigger a response to produce antibodies that bind to the virus and kill the infected cell.

What are some common viruses? Common viruses include the common cold, influenza, gastroenteritis, and chicken pox.

How long does a virus normally last? The time a virus can live outside of the body depends on a number of factors such as the type of virus, surface, moisture and temperature. Viruses tend to survive for longer on non-porous surfaces (such as worktops, tiles and plastic items) than on porous surfaces such as fabric and tissues. The ability to cause infection decreases the longer a virus is outside of the body.

Where do viruses live in offices? There are a number of high-touch areas in   offices where enemy germs, including bacteria and viruses, like to hide including: frequently used door and drawer handles, light switches, keyboards, refrigerators, faucet handles, push-out exit doors and kettles. They are regularly touched throughout the day and often forgotten about when it comes to cleaning, despite some viruses being able to survive on the surface for up to 24 hours.

How are viruses spread? There are a number of ways that a virus can be spread from person to person:

Once they leave the body, viruses can live on a surface for varying amounts of time depending on the specific virus. They can then be picked up by coming into contact with that same surface or object.

What are bacteria? Unlike viruses, not all bacteria are the enemy. In fact, some of them are our friends! Most of them, like Lactobacillus and Bifidobacterium, are helpful, and live in our bodies to maintain normal function, taking care of things such as maintaining digestive health and breaking down food. In fact, people have more bacteria cells in their bodies than human cells.

Some bacteria, though, are not good for us, and can cause illness in humans. Also, because you can't see them on surfaces (they are only a thousandth of a millimetre in size!), it's important to make sure your office is regularly disinfected.

Where is bacteria found? Bacteria can be found all over your office or workplace and can potentially cause illnesses, so it's important to show them who's boss.

What are some common bacteria?

Escherichia coli – Commonly known as E. Coli, these bacteria cause sickness, severe diarrhoea and abdominal pain.  E. coli is expelled into the environment through faecal matter. Poor hygiene is often the culprit for its spread in the office and is found on surfaces like the keyboard or on the bathroom sink handle.

Staphylococcus aureus - Also known as staph, is a type of bacteria found on human skin, in the nose, armpit, groin, and other areas. While these germs don’t always cause harm, they can make you sick under the right circumstances. S. aureus is the leading cause of skin and soft tissue infections, such as abscesses, boils, furuncles, and cellulitis.

How do we get rid of bad bacteria and viruses?

Bacteria and viruses are everywhere and can cause infections if you don't show them who's boss. It’s now more important than ever to tackle these nasty germs through regular disinfection both in and out of your home. For this, Zoflora Concentrated Disinfectant is on hand to keep your home hygienically clean and smelling fragrant.

Visit our website at www.Zoflora.co.uk for useful hints and tips to get your cleaning regime in tip top shape.

From Toilets to Taps – Keep viruses and bacteria out of the bathroom!

In charge of cleaning the office kitchen? Here’s your five minute clean along checklist

Easing the lockdown: Cleaning vs Disinfecting